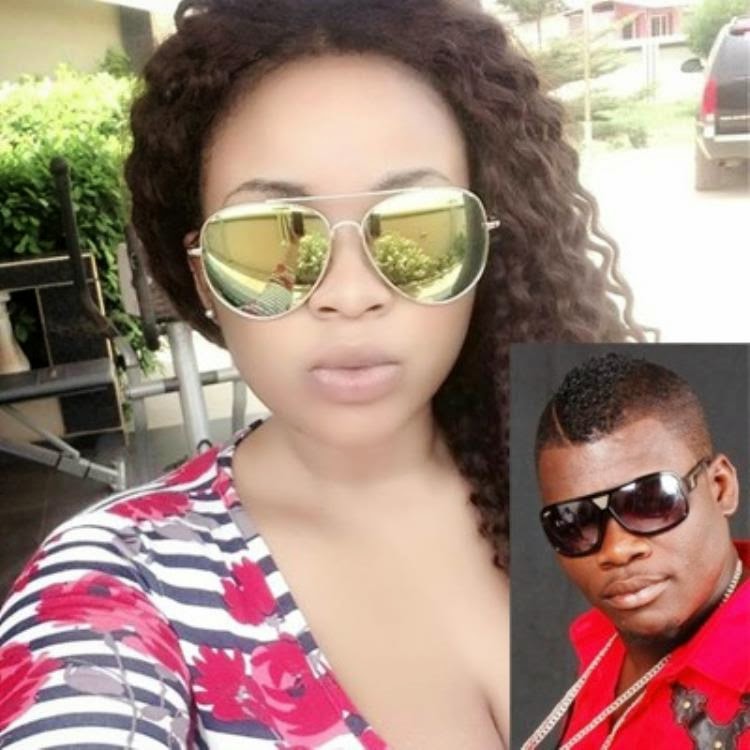 THE family of Janet Bandu, the lady who allegedly got drowned with hip-life artiste Theophilus Tagoe - known in the showbiz industry as Castro (the Destroyer) - is furious over claims by a section of the Ghanaian populace that the lady is a water spirit - known in the local parlance as 'Maame Water'.
Janet, a former student of IPMC and Ghallywood Academy of Film Acting, is said to have travelled to Ada without the knowledge of her parents who live at Kasoa in the Central Region.
Her mother, Lariba, said her daughter is not a water spirit and explained that everybody at Burma Camp knows that they lived there before moving to Kasoa, after Janet's father retired from the military.
In an interview with Adom FM, Madam Lariba said Janet, a native of Bolgatanga in the Upper East Region, last Sunday went to Ada.
She claimed her daughter only told her she was going out with her friends, even though she did not tell her where she was actually going to.
'In fact, I have not seen any of his friends, and I don't know them.  I don't know what to do now. I am mourning and looking up to God. Regarding where he has gone, I believe he is not alive. As for this kid, hmm! If I call her on her phone, I often reach her, but this time I cannot access her phone either,' she wailed.
Madam Lariba said she only got to know that the lady who disappeared with Castro at Ada was her daughter after seeing her picture in DAILY GUIDE. She then called her daughter's phone but to no avail.
'She left home Thursday morning that she was going to buy something from town but she has since not returned. When I called her on her phone and asked her whereabouts, she told me she was with her friends and that she would return home soon. But she never returned. So Friday I went to a funeral somewhere and called her and she told me she was on her way home. I called her again around 4:00 am on Saturday and talked to her.  Since that time I have been unable to reach her on her phone,' Madam Lariba bemoaned.
Father
Her father, Staff Sergeant Joe Bandu (rtd) said they heard about the Ada tragedy but did not know it was their daughter.
'We just saw it in the newspaper - I think in the DAILY GUIDE. But we never knew her friend was in the group of Asamoah Gyan and Castro. It was her picture we saw that convinced us that she was the one because all along, people were mentioning her name as Jane.  So, now that we have seen her picture, we are accepting that that is our daughter. From here, I am going to the Kasoa Police Station to report because we live in Kasoa; and also to say that our daughter is missing.'
Staff Sergeant Joe Bandu said, 'Now we can come out and say that Janet is our daughter but not that she does not have anybody, as if she came from nowhere. Because people are saying that she is Maame Water. Go to Burma Camp and ask about this girl and nobody will tell you they don't know about her. She was born at Burma Camp, schooled at Burma Camp. So everybody who knows this girl will know that she was the one who was born to Staff Sergeant Joe Bandu and Lariba, the waakye seller.'
Journalists Assaulted
Meanwhile, some aggressive friends of Asamoah Gyan yesterday physically assaulted some journalists covering the tragedy involving the hip-life artiste and his alleged girlfriend, Janet Bandu on the Volta Lake at Ada in the Greater Accra Region.
Eastern Regional Correspondent of Joy FM, Benjamin Tetteh and Daniel Akpalo Nyorngmor, reporter with Radio Ghana, were manhandled by the angry squadron of Asamoah Gyan who were lodging at Peace Holiday Resort at Ada-Foah.
One of the angry 'machomen' butted the Joy FM correspondent as his hand was twisted in a bid to prevent him from reporting on the mysteriously missing Castro since last Sunday.
The journalist said it took the intervention of Baffour Gyan, brother of Asamoah Gyan, to calm down nerves upon noticing the crowd that was gathering around him (journalist).
He claimed he was asked to delete the pictures and other materials on the phone before it was given back to him.
Still Missing
Four days after the mysterious disappearance of the hip-life artiste and his lady friend, they are yet to be found after several patrols on the Volta River and the Atlantic Ocean by search teams, including the Eastern Command Marine Police.
Search was expected to be extended to the western area of the coast such as Ningo, Prampram, Ahwiam and if possible, Togo.
But the Chief Fisherman of Azizanya, Nene Chani Gaduga, in an interview with DAILY GUDIE, said he was demanding an amount of GH¢2,000, four bottles of Schnapps and premix fuel to assist in the search.
According to him, the money would be given to the youth who would abandon their work to help in the exercise along the coast of Ada and the Volta Region.
Earlier, some relatives of Janet Bandu were said to have met with the Black Stars skipper Asamoah Gyan, concerning the pathetic situation.
Benjamin P. Tetteh, speaking to DAILY GUIDE, explained that he went to the Peace Holiday Resort to have a meeting with the manager of the facility.
From Vincent Kubi, Ada-Foah
References