For years now, I have been drawing the story of a winged mermaid but I first heard of Mamy Wata in Cameroon where my mother-in-law also gave me a bracelet representing an African mermaid. The half-snake/half-fish woman is to be found in most cultrues around the world, dating before religions. It is a very important archetype for which one can get lost in research.
And even though I knew of Mélusine, it is only this summer that I realised she had "lived" in Vouvant, only a 100 km from where I was born (Nantes) ! I was born in Nantes and grew up between the small village of La Chasse and the island of Noirmoutier. 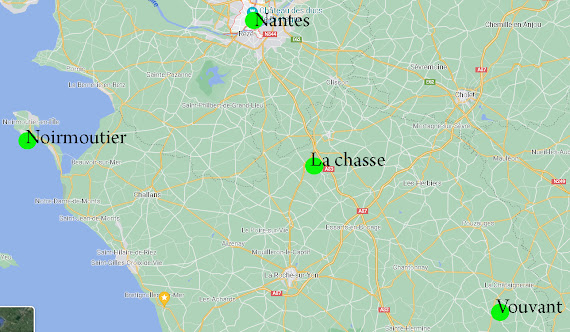 "Mélusine (French: [melyzin]) or Melusina is a figure of European folklore, a female spirit of fresh water in a holy well or river. She is usually depicted as a woman who is a serpent or fish from the waist down (much like a mermaid or a lamia). She is also sometimes illustrated with wings, two tails, or both. Her legends are especially connected with the northern and western areas of France, Luxembourg, and the Low Countries.

One tale says Mélusine herself was the daughter of the fairy Pressyne and King Elinas of Albany (now Scotland). Mélusine's mother leaves her husband, taking her daughters to the isle of Avalon after he breaks an oath. The same pattern appears in stories where Mélusine marries a nobleman only after he makes an oath to give her privacy in her bath; each time, she leaves the nobleman after he breaks that oath. Shapeshifting and flight on wings away from oath-breaking husbands also figure in stories about Mélusine." 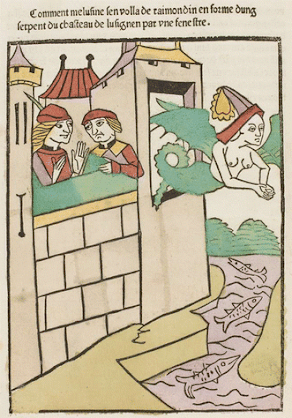 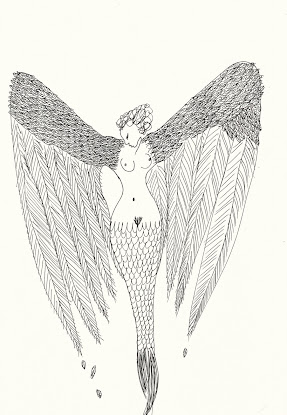 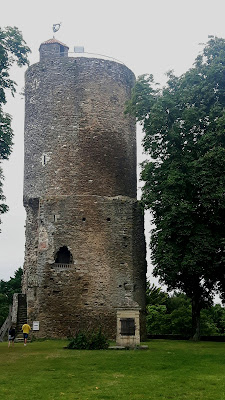 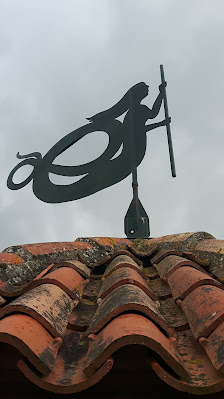 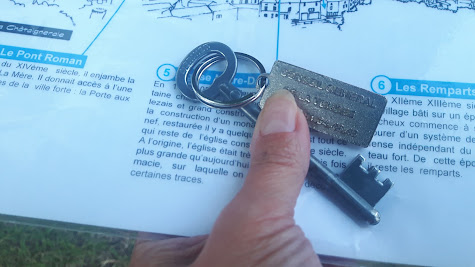 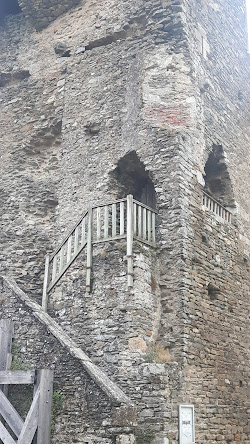 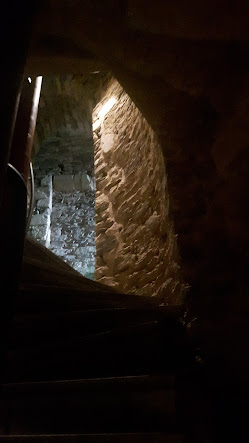 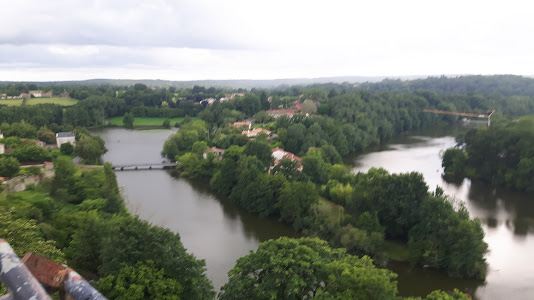 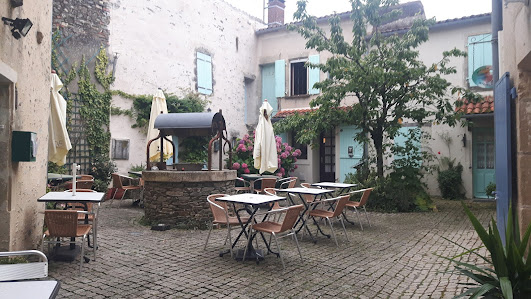 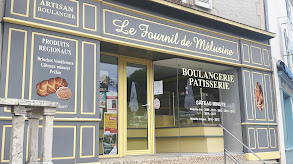 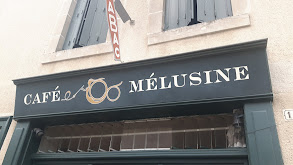 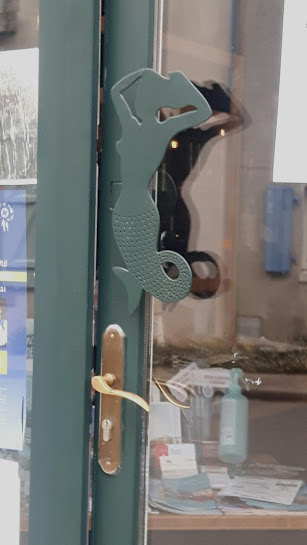 On "seeing in the dark to distinguish Evil" - Follow up -