Being an artist in this world ....

NO MORE exploitation of the Planet, of Nature of People.
NO MORE destruction of the waters, the plants, the animals, the soil, the rocks, the air ....
NO MORE support to wars .
NO MORE distasteful greed.
And will we even welcome all the refugees who will be fleeing floods, hunger, wars ... ?
We are all caught in this,
we are all interconnected.
Let's act now, together !

Bunting made to support Extinction Rebellion for the October 2019
action in London, happy to later see them on site, on some Facebook pictures.
"LOVE
FLOWER POWER" 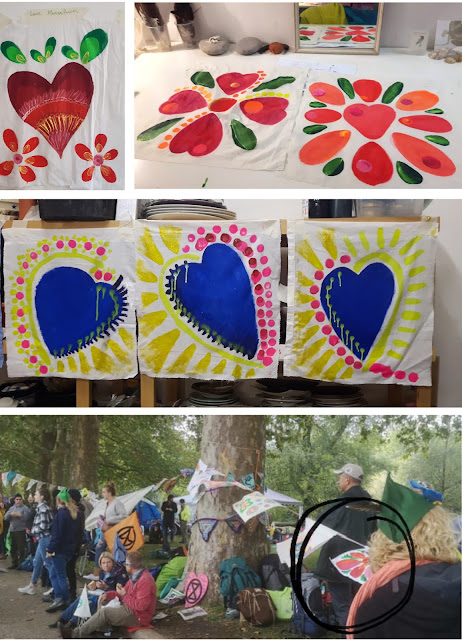 Taking part in the London protests over the weekend..... 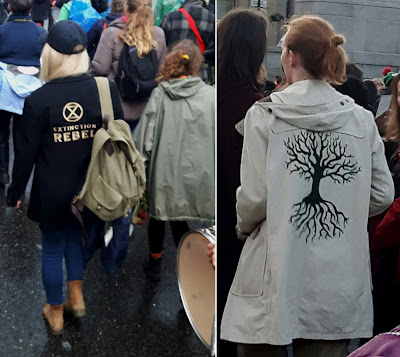 Camp at Vauxhall Pleasure gardens under a non-stop pouring rain : 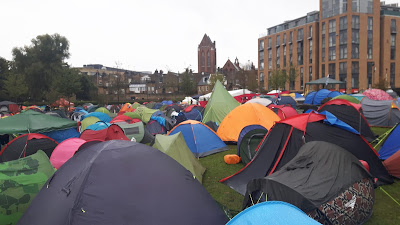 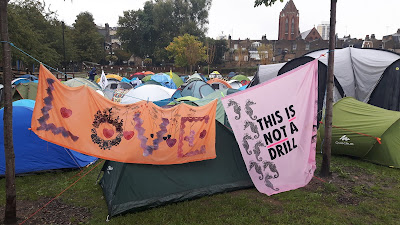 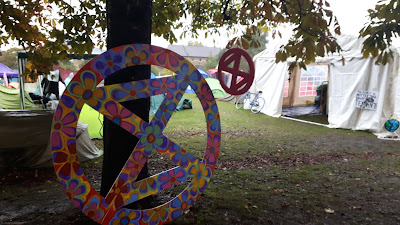 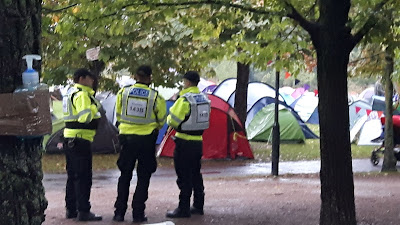 Helping in the kitchens of Hare Krishna,
usually feeding 100s of homeless
but having added XR protesters to their
distribution of free food : 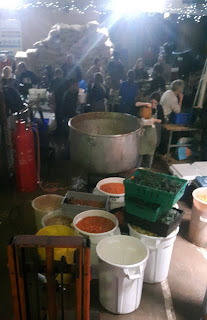 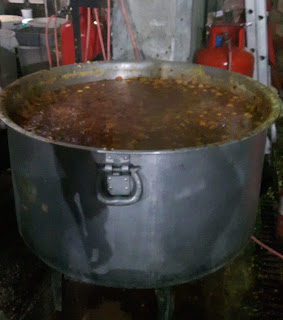 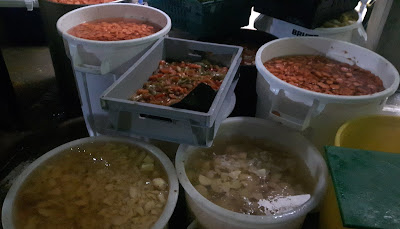 And it really makes sense for me
to add Kara Walker's work,
seen at Tate Modern, to this series of photos .... 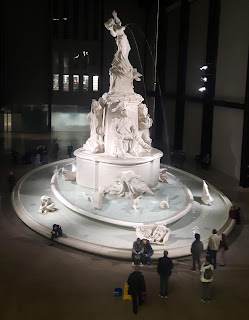 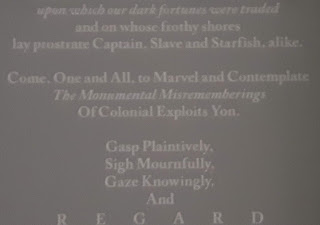 (....) upon which our dark fortunes were traded
and on whose frothy shores
lay prostrate Captain, Slave and Starfish, alike
Come, One and All, to Marvel and Contemplate
The Monumental Misrememberings
Of Colonial Exploits yon.
Gasp Plaintively,
Sigh Mournfully,
Gaze Knowingly,
And REGARD (...) 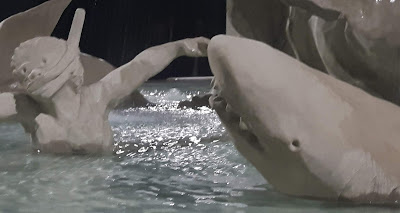 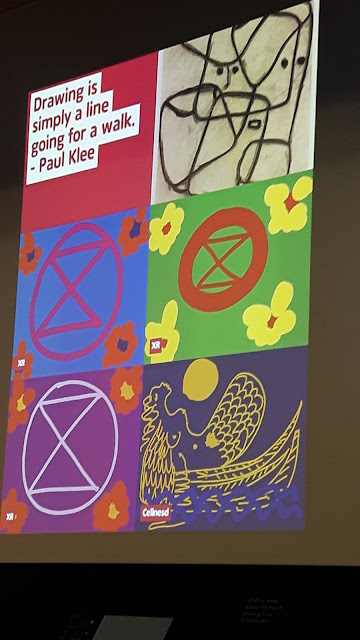 From Trafalgar Square to Picadilly with Samba 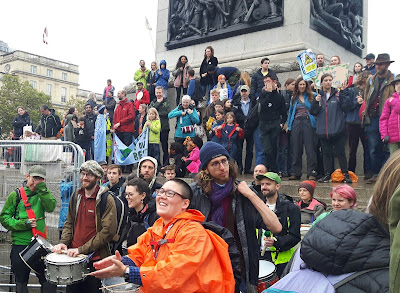 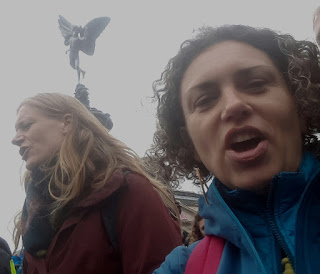 Protest against the invasion of Syria by Turkey 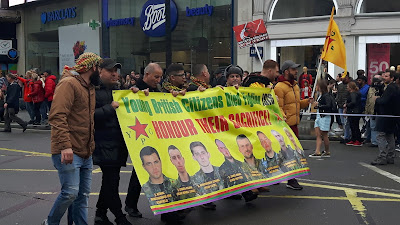 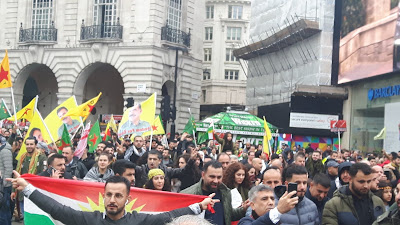 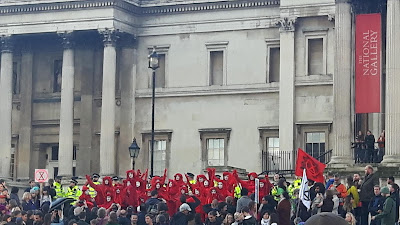 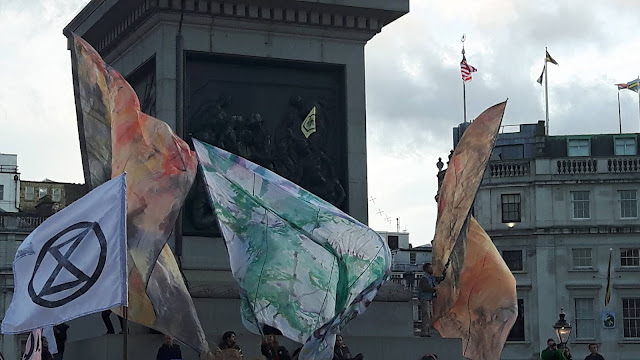 A great discovery  for me
and emotionally & spiritually powerful : shamanic ceremony.
Feeling like one with the world and others. 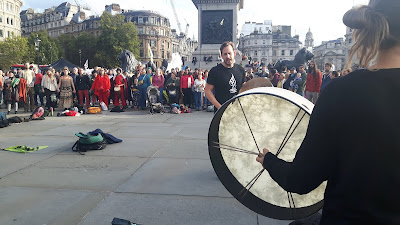 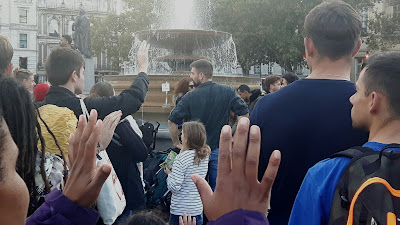 Another, more private ceremony, held on the beach,
just under the Tate Modern, by full moon ....
It seems that we badly need the return of such ancient practices
to reconnect with the spirit of the natural world.
Deeply moving and transformative .... 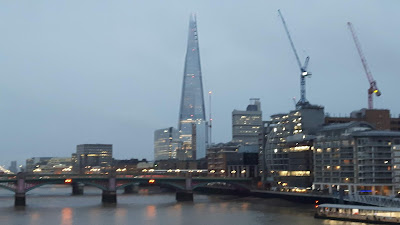 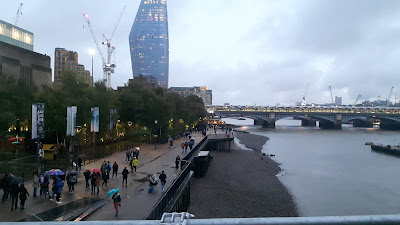 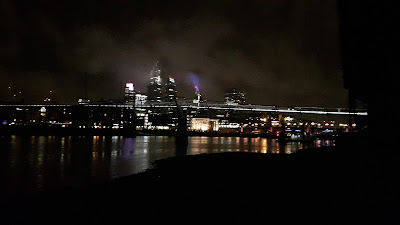 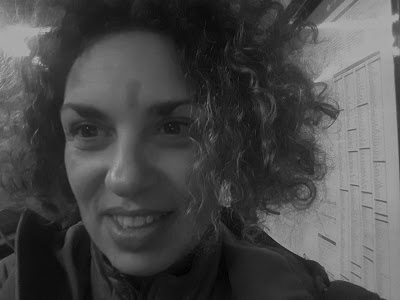